Kaylyn Slevin is an American actress, model, trained gymnast, competitive cheerleader, and social media influencer. She was born on December 28, 2000, in Chicago, Illinois, USA. Her Zodiac sign is Capricorn. Kaylyn is famously known for her role as Beatrice in the popular television series ‘Chicken Girls.’

It is only when you are able to discover your multi-talent, that you can make extraordinary efforts to do extraordinary things in an extraordinary way so as to make Impact.
Kaylyn Slevin is one such personality. Kaylyn Slevin Net Worth, and Bio Beautiful Kaylyn Slevin was born on December 28, 2000, in Chicago, Illinois, USA, to William Slevin and Kristyn Slevin. At a very young age, as a kid, Kaylyn often went to theatrical plays and musicals, in the company of her parents.

At that same time, she developed and expressed interest in dance. At the age of four, she started attending a dance class as well as gymnast training.

As she turned seven, she began performing musical theatre which eventually led to her falling in love with acting.

Encouragement by her well-wishers prompted her to approach a talent agency and take up modeling. Kaylyn later relocated to California so as to pursue her dream in modeling and acting when she was at the age of nine,

Reflecting on her education, she attended and completed her schooling at a local Christian high school.

After Kaylyn’s relocation to California, she started getting opportunities to model for various commercials. In the course of her modeling career, she has made more than 70 appearances.

For her acting career, she made her debut in 2010. Kaylyn was cast in a television movie titled ‘The Incybers.’ and also appeared in a short film titled ‘Beast.’ that same year.

2011 only saw her appearance in a number of television series including ‘Bones,’ ‘Shake It Up,’ ‘Video Game Reunion, a short film titled ‘Thanks Mom’ and in a TV movie titled ‘My Freakin’ Family.’

However, Kaylyn, remarkably that same year, made her feature film debut, by playing Cindy in ‘D.I.N.K.s (Double Income, No Kids).’

Then in 2013, she featured in the film titled ‘Ass Backwards,’ playing the role of Little Laurel. As a result of her increasing popularity, on invitation, she made a guest appearance in the hit television series ‘Teens Wanna Know.’ in 2014. 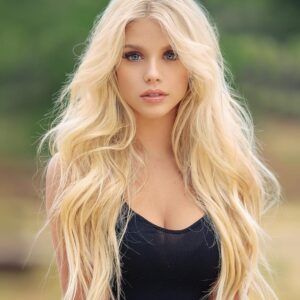 Kaylyn’s big breakthrough came in 2016 when she featured in AwesomenessTV’s popular show ‘LA Story.’ Then 2018 was her recurring role in the popular TV Series ‘Chicken Girls.’

Kaylyn’s other career path is competing at various beauty pageants. She was the winner of the 2017 ‘Miss Malibu Teen USA’ pageant as well as going ahead to compete at the ‘Miss California Teen USA’ pageant.

Another career path of Kaylyn is modeling. Today she is a popular model having appeared in more than 70 commercials so far. She is also a social media personality, as she has thousands of followers.

Kaylyn is currently being managed by ‘The Osbrink Agency’ and ‘MSA Dance Agency, based in Los Angeles, California.

Kaylyn is a social worker.

Kaylyn is always involved in charity events and organizations. She is a fervent supporter of ‘Students Against Destructive Decisions (SADD), an organization that prevents students from taking potentially destructive decisions. She is also a member of ‘The Hazing Prevention Organization,’ founded in 2007.

Kaylyn Slevin’s Boyfriend. Who is she dating? Kaylyn Slevin has accumulated wealth through her various endorsement deals and has an estimated $1 Million.